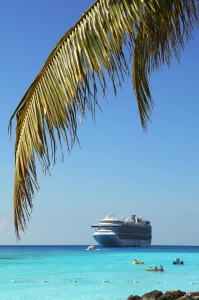 Progreso is a port city in the Mexican state of Yucatán, located on the Gulf of Mexico in the north-west of the state some 30 minutes north of state capital Merida. Progreso is a center for both the fishing industry and the container industry. All containers arrive in Progreso and are distributed to Yucatán, Campeche and Quintana Roo (Progreso, Mexico, is a little beach town on the Yucatan’s Gulf Coast that has avoided Cancunification.

This is one of those hidden gems that are getting harder to find.  The region is inexpensive considering how easy it is to get to from the U.S. The other attractive thing about Progreso is it’s not a slice of the USA transplanted onto Mexican soil, as the Cancun area is. Most of the people who own houses in the area are Mexican and there are very few hotels, much less sprawling resorts. It’s the old Mexico of slowing down and worrying about problems mañana.

Most visitors come to Progreso and the neighboring villages of Chuburna, Chicxculub, and Telchac Puerto, to rent a house and flop on the beach in peace.  The area is basically a long stretch of flat coastline stretching east and west of Progreso, with fishing villages and vacation homes. It’s very quiet and the beaches are never crowded and have small waves, so it’s good for kids.

If you really want something exciting to do, there are plenty of worthwhile sites nearby. Progreso is a 45-minute drive from the historic center of Merida, one of Mexico’s prettiest colonial cities. Driving from Merida, it’s 14 miles to the Mayan ruins of Dzibilchaltun, 50 miles to the massive ancient site of Uxmal, and 56 miles to the Celestun Biosphere Reserve, a wetland home to thousands of pink flamingos.